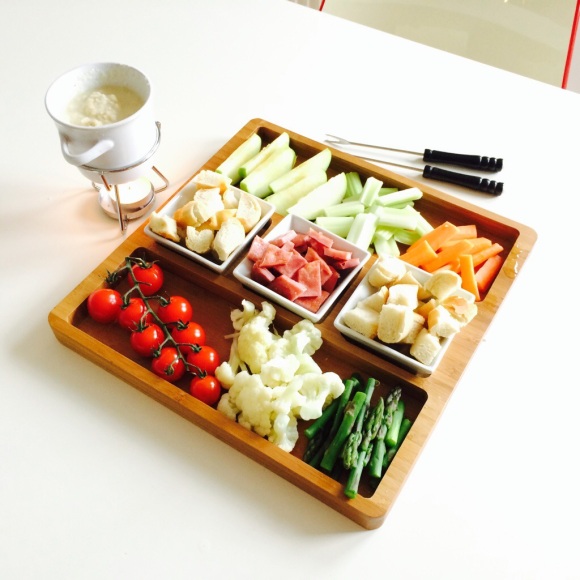 Host nation Switzerland took on Austria in the quarter finals of the World Cup, on a day where the temperature tipped the scale at 40deg- the highest ever recorded in the city- and a partisan home crowd were turning the heat up on the opposition. It was in these extreme conditions that the most extraordinary of matches took place.

The ‘Hitzeschlacht von Lausanne’ (battle in the heat of Lausanne) saw the Swiss storm to an early lead, scoring 3 goals in under 18 minutes, thanks in part to the collapse of the Austrian goalkeeper Kurt Schmied from overheating. He was forced to play on as there were no substitutions permitted, but Austria recovered to counter, scoring FIVE goals, followed by another for Switzerland, before the referee blew for half time with the score at 5-4.

The second half was equally sizzling- the Austrians extended their lead to 6-4, Switzerland pulled one back only for Austria to score again leaving the final score 7-5, the record scoreline in any World Cup Finals match.

The typically Swiss dish of fondue is my World Cup Dinner for today. 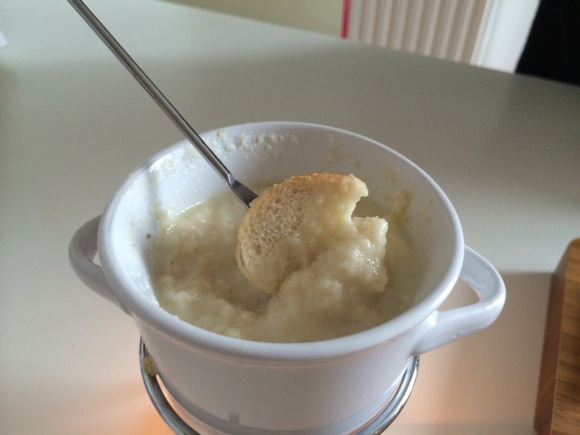 INSTRUCTIONS
1. Place the cauliflower and milk in a food processor; puree until absolutely smooth consistency.
2. Rub a medium saucepan with the garlic.
3. Pour the wine into the saucepan and bring to a simmer over medium heat.
4. Add the Gruyere and Parmesan cheese, stirring constantly until the cheese is melted. Make sure not to boil.
5. Stir in the cauliflower purée, and nutmeg.
6. Continue cooking, stirring gently, until smooth and heated through.
7. Transfer to a fondue pot, and serve at once. 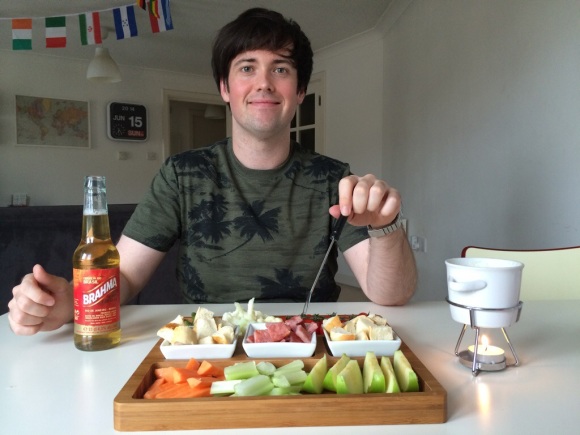