At last the big kick off has arrived for Russia 2018!

One match in and we have already seen the sublime (Russia’s storming 5-0 display) and the ridiculous (Robbie Williams peacocking around in the super short opening ceremony).

I’m really looking forward to the tournament- with some real stars on show. Will it be a last hurrah for Messi or Ronaldo, or will we see the next generation led by Neymar, Dele Alli or Mbappe step up to the plate?

One thing is for sure, the prospect of some top-level international football for the next month is certainly mouth watering.

For my first World Cup Dinner of 2018, where better to start than the host nation of Russia.

Last time out I made some Zakuski Plates, a sort of Russian tapas-come-smorgasborg, which were really tasty, bu this time I thought I would go for something more homely in the shape of the traditional Russian beetroot based soup Borscht.

I noticed a lot of recipes online called for a beef stock, and thin sliced beef in the soup, but I had a really nice bowl of Borscht in Singl-End café here in Glasgow a few months back which had a nice smokey ham flavour, so I thought I would try and replicate that in my recipe.

It turned out really great, and this is one World Cup Dinner I would really recommend you to try at home. 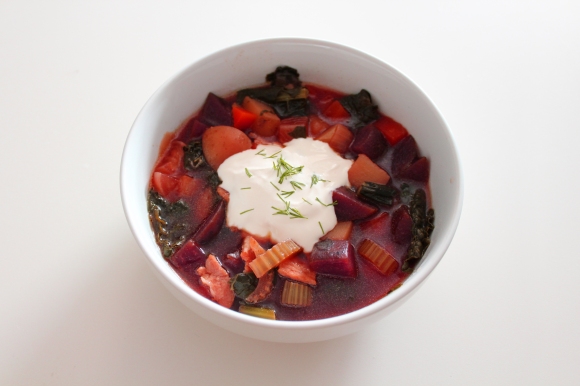 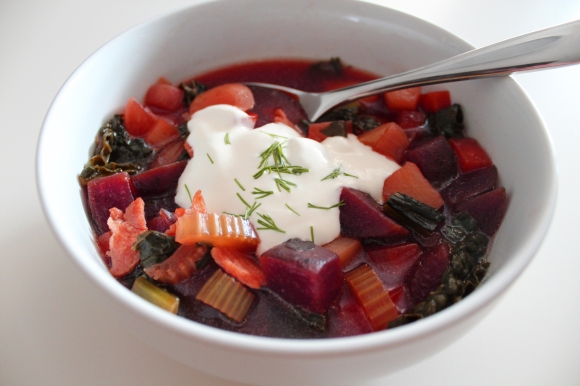 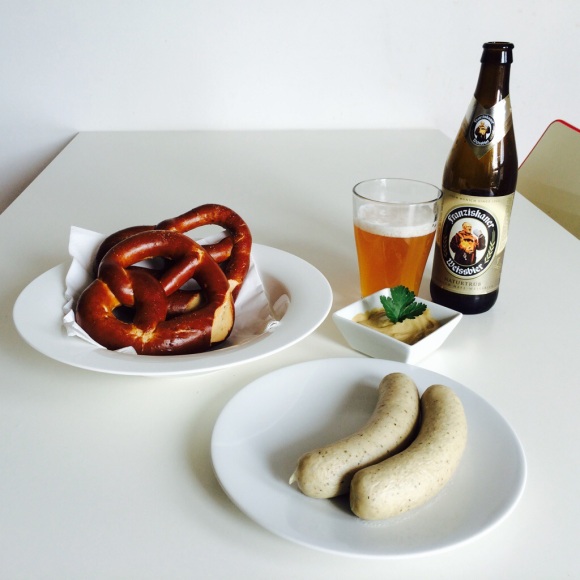 When deciding on what to make for my German World Cup Dinner, I got to thinking about the best meals I’ve had when visiting Germany, and I was clear that my absolute favourite was Weisswurst Frühstück- the traditional Bavarian Breakfast of weißwurst (white sausage), with pretzels, and weißbier (white beer).

I first had this when I visited Munich with my German friend Peter in the summer of 2004, and was pretty surprised to have breakfast served with a beer! So, with that in mind I’ve decided to have a go at another World Cup Breakfast.

One place that would be good to pick up some fresh Pretzels is the Bäckerei Klinsmann, the bakery owned by the family of German Football legend Jurgen Klinsmann, and where as a kid he undertook his apprenticeship as baker which he completed in 1982.

He proved more successful at football than making pretzels however, going on to collect 108 caps for the national team scoring 47 goals, including 11 at World Cup Finals. Jurgen’s greatest moment came at Italia ’90 were he captained Die Mannschaft to victory in the final against Argentina, who had defeated them 4 years earlier at Mexico ’86. 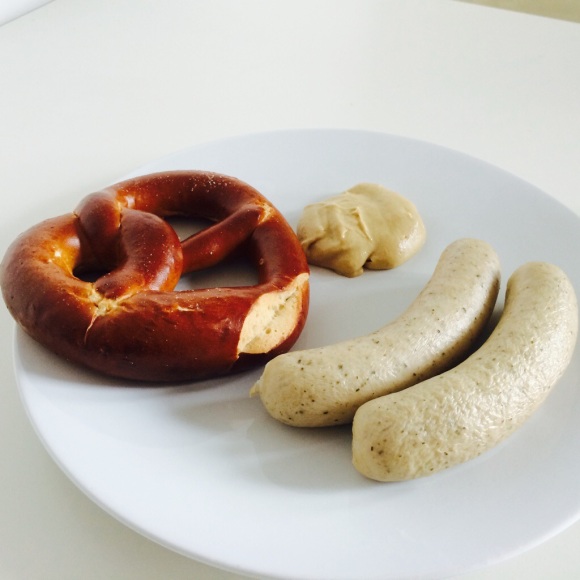 Serve with pretzels, beer and plenty of mustard.

A few words on sourcing and eating Weißwurst Frühstück. The sausages aren’t so easy to source, but Bratwurst make a good substitute, and are available in most large supermarkets. The mustard is important- it’s not like the mustards you get in the supermarket, it’s much sweeter- so I’d recommend getting some ‘Händlmaier Hausmacher Senf’ online, as it really makes a difference. It has to be accompanied with a white beer too, and I’ve gone for Franzikaner Weissbier.

Next up is how to eat it. The casings aren’t eaten, so there are two techniques.

The first is Zuzeln (Bavarian slang term for sucking), where the ends of the sausage are opened and sucked from the casing.

The second is to split the sausage lengthwise and then remove the meat from the casing. 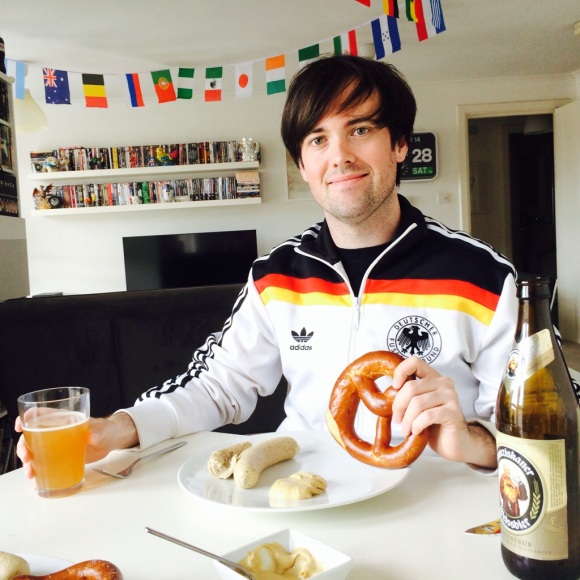